One of the biggest hurdles in Spanish is learning irregular verbs. As far as I know, there is no easy way to learn them other than memorizing them.

So, relax make friends with them, get to know them.

Here are the 25 most common irregular verbs on "flashcards" showing the 5 major tenses: present, the two past tenses, future and conditional.

Don't try to consume them all at once ... take 5 at a time and review frequently. Make sentences with them in each of the tenses. You will notice that some are more irregular than others.

If you click on the images, you will get a larger image that will be easier to read. The verbs are in alphabetical order to make them easier to find. You will also notice that the English translations are missing. Look up the meaning and write sentences. You need to know these verbs ... they will become old friends.

Each group will focus on one tense ... the present is the most irregular, the two past tenses are the most complicated and confusing, the future is easy, and the conditional is simple when you understand how to use it and the conjugation is a snap.

So here's the important part ... Best way to learn verbs: WRITE SENTENCES.  Here's a process which may seem slow ... however, it is deep learning and will last as you work through the normal rough spots of learning to speak a new language.

Sentence process: aka Google Dos-Pasos
So we're off ...

Here's an overview of present tense conjugation for the
three endings -ar, -er, -ir. Once you understand regular conjugation,
the irregulars will make more sense. 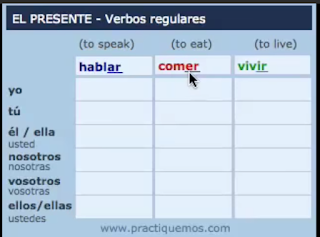 This video will give you a solid grounding in regular
verb conjugation in just 9 minutes.

And, if you're having trouble with pretérito o imperfecto,
check out this post with two great videos. 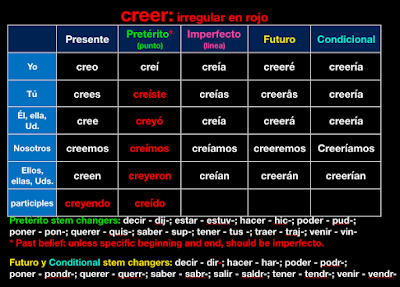 It is difficult to have a belief that has a beginning
and an end, so most past beliefs will be imperfecto. 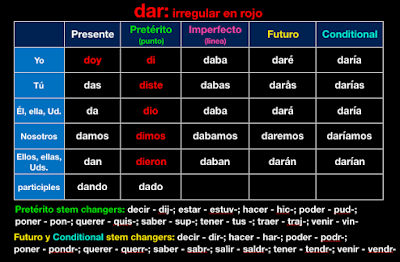 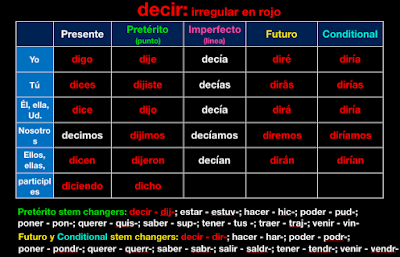 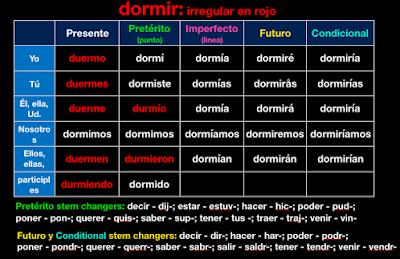 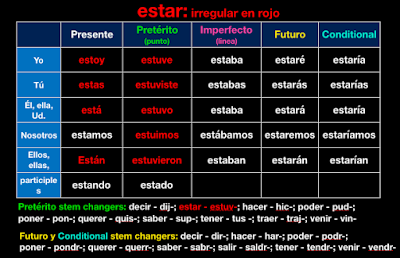 One of the very different aspects of Spanish versus English is the use
of two past tenses, and to further complicate matters, they are known by different terms.
We're using the Spanish terms. To help simplify the two, Paul of SpanishwithPaul
calls them the "dot past," meaning that it was finished, a completed action.
He calls the other one the "line past," meaning that it was ongoing.
For instance: I danced yesterday. (dot) Ayer bailé.
I used to dance a lot. (line) Bailaba mucho.
Don't worry, it will take awhile.
For now, let's focus on  the "dot past" - pretérito.
Write sentences using these words about actions you completed
sometime in the past.

Here's a video from language master Olly Richards
and his Fluent Spanish Academy which will help you understand
conjugation of some of the most irregular verbs in the
pretérito tense. 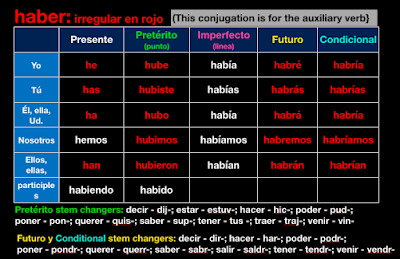 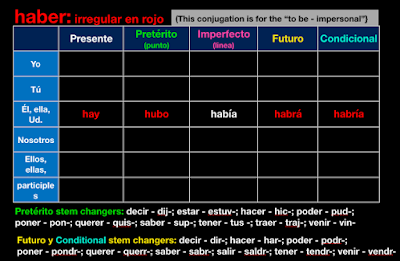 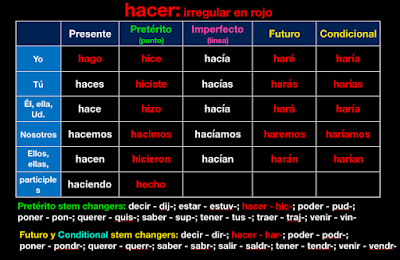 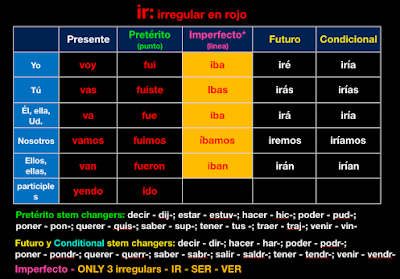 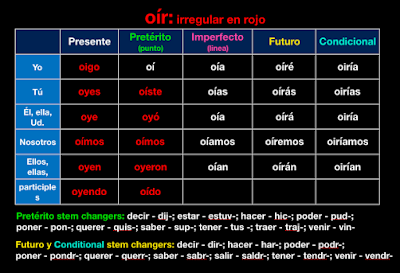 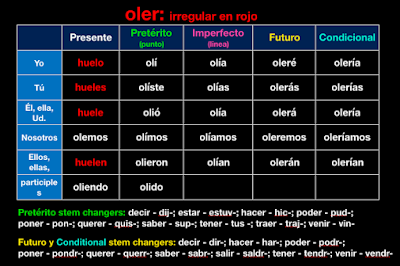 Things you used to do ... habits, repeated actions in the past.
Fumaba. ;-(
It's tricky to decide which verb you need to use, but the lovely
thing about this tense is that there are only three irregulars:
IR - SER - VER
and none of them are in this group.
Here's a good 3-minute video to help you sort out
which verb to use. After you watch it, you will be
ready to write sentences. 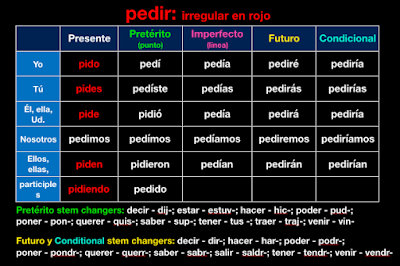 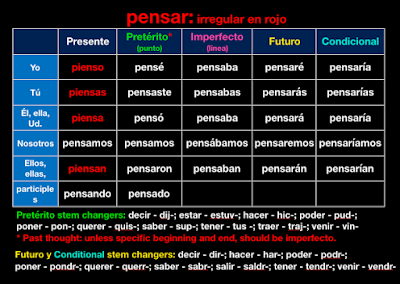 It is difficult to have a thought that has a beginning
and an end, so most past thoughts will be imperfecto. 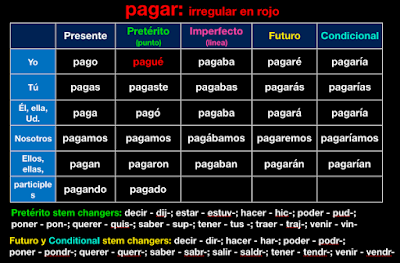 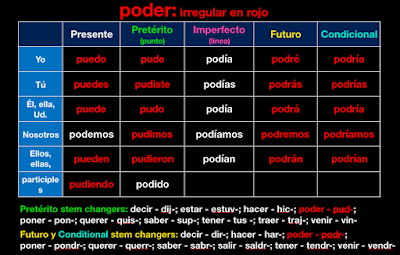 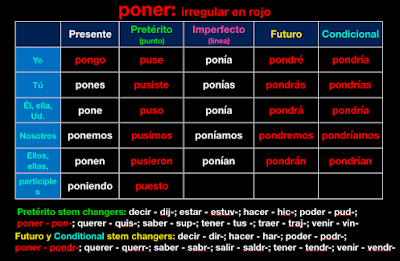 The future tense is easy to use and easy to conjugate.
You probably already know how to use an even simpler
future form ... voy a (infinitive) which is great for actions that will
take place in the immediate future.  However, for actions that will
take place sometime in the indefinite future, you need the future tense.
There are a few verbs which change their stems in future and conditional
tenses and they are noted at the bottom of each flash card.

Here is a four-minute video to help you with future tense. 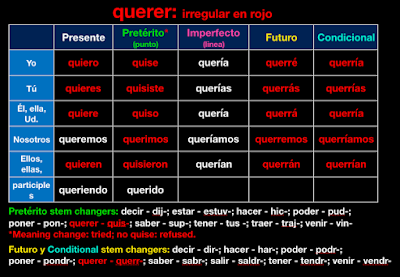 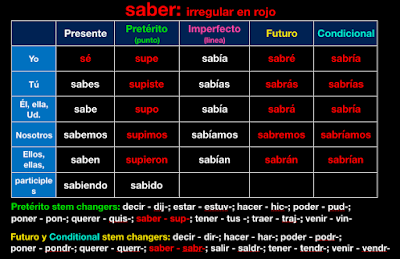 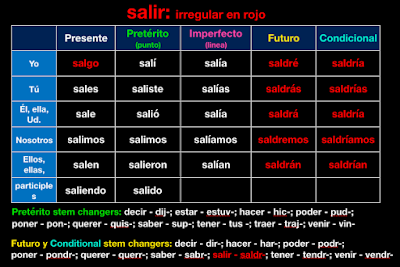 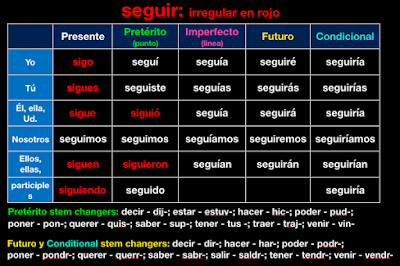 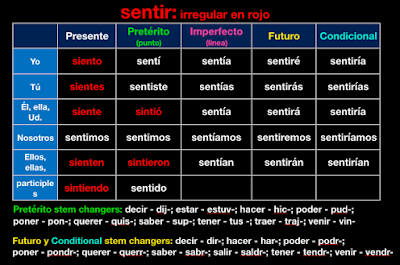 It's especially important to write sentences with this tense
to make sure you know how to incorporate it into your conversations. 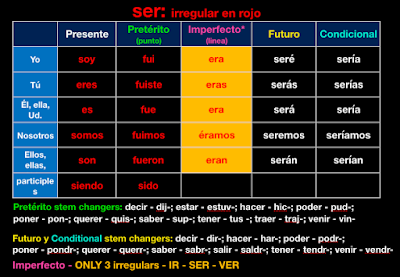 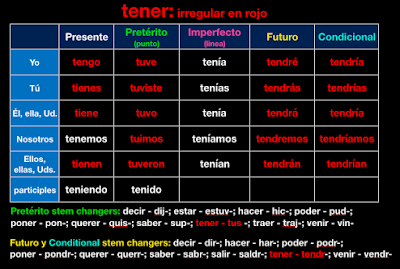 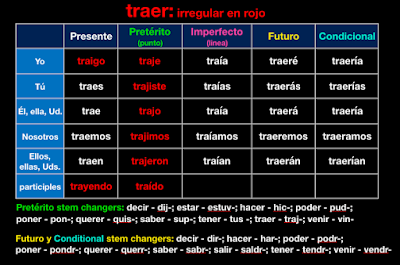 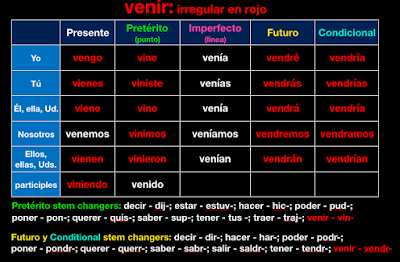 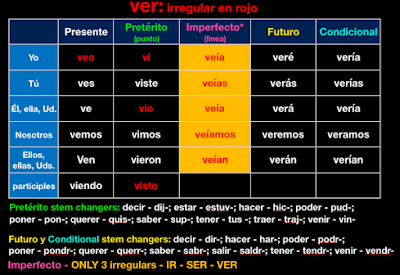 If you've finished this series,
it's time to
GRAZNAR! 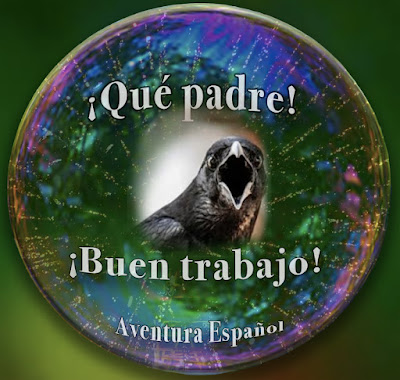 Feel free to take a screen shot of this image
and paste to social media ... you deserve it.

please leave a comment below ... tell us what you think about this exercise ...
and how many sentences you wrote.