After five days in Pátzcuaro, in this month devoted to intensive Spanish learning, I realized that 95% of my conversations have been in English. And, just as I was feeling defeated, I stumbled across a video talking about the acquisition of language rather than the learning of one. 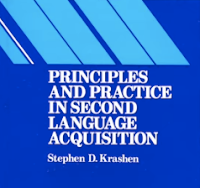 I've been working hard at learning Spanish and I'm still struggling ... maybe it's time to shift gears. While the video below was a game changer for me, when I tried to figure out exactly how to do this acquiring thing, I stumbled into several gaping holes and needed more clarity.

This difference between acquisition and learning seems to stem from the work of Stephen D. Krashen who says:

Our brains are pattern-recognition machines, wired to find meaning and ignore the meaningless. They grab meaningful content and integrate it into established networks. The challenge then is to build on what you already know ... example: images.

You may not know the language you are trying to learn ... but, you do know the world around you. If you can connect a language symbol to an object that you already know, your brain has something to build on.

Several months ago, I read Gabriel Wyner's book Fluent Forever and began learning vocabulary by pairing images with Spanish words and could immediately see the improvement in my retention. Normal flash cards link two symbols: "apple" equals "manzana." This is translation rather than a direct connection to the language. Image + word is a step forward as it engages visual memory. 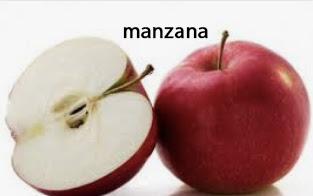 However, what's wrong with this picture?

a lot ...
no sound,
no taste,
no crunch as you bite into it,
no context,
no repetition,

no parent lovingly holding out a crisp slice of apple,
saying apple, repeating the word as you reach for it,
feel it, taste it, and decide whether it's a Wow! or a Yuck!

Jeff Brown, in the game changing video below, uses images a bit differently ... as the basis of conversation between two people ... a native speaker (what he refers to as a "parent") and the person acquiring the language (the "child"). Brown recommends an intercambio process such as the following.


1. find language "parents" (more about this in the video) ... ideally someone who wants to acquire your native language and will help you acquire his native language (intercambio).
2. find image-oriented magazines, preferably with images of everyday life ... or children's stories
3. the "parent" describes an image in detail and then asks and answers questions about what he just described. Then the language partners exchange roles and repeat the process in the other language.

Questions: What's this? ... what is he or she doing? ... why?
Obviously, choosing the right language partners is tricky. However, focusing on listening and speaking comprehensible material is a key that I need to focus on right now.


1. No English (for English speakers)
2. No grammar
3. No corrections

Here is the video and summary notes will be posted soon:

I've read a few articles about the difference between acquiring and learning a language. However, this video is the first that convinced me that, after trying almost every other possible learning method, I needed to focus on acquiring language. Amazingly, there is no sales pitch in this video and NOTHING to buy.

While this video was a game changer for me, it was also long and parts of it didn't help much. I needed more details on certain points, so I'm going to outline the best parts and go looking for more information on exactly how to implement these new ideas.

Email ThisBlogThis!Share to TwitterShare to FacebookShare to Pinterest
Labels: acquiring a new language rather than learning it, Jeff Brown, recursos